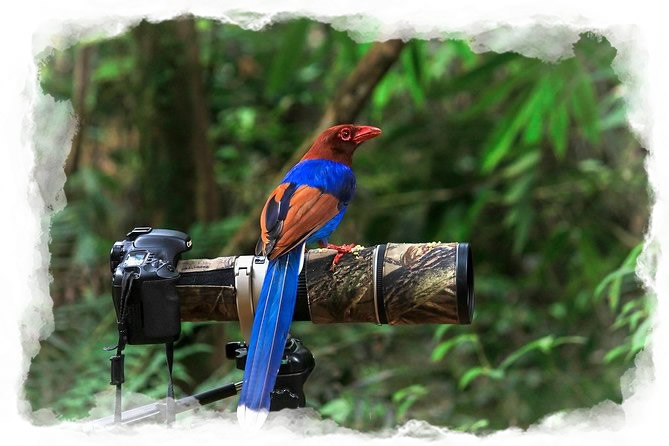 Trek one of the finest natural rain forests in the world which has been identified as a UNESCO World Heritage Site as well as being a Man and Biosphere Reserve. It’s probably one of the oldest living ecosystems, a place that certainly deserve a visit and a place that promises to lives up to its expectations.

This amazingly beautiful place is home to the Rusty spotted and Fishing cats, Sambar, Wild boar, Barking deer, Squirrel, Monkey, Porcupines and the rare Leopard amongst many other mammals and many reptiles such as Green pit viper, the hump nosed viper and the krait. The fascinating birdlife includes 160 species of which 18 of the 20 endemic species in Sri Lanka are found here. 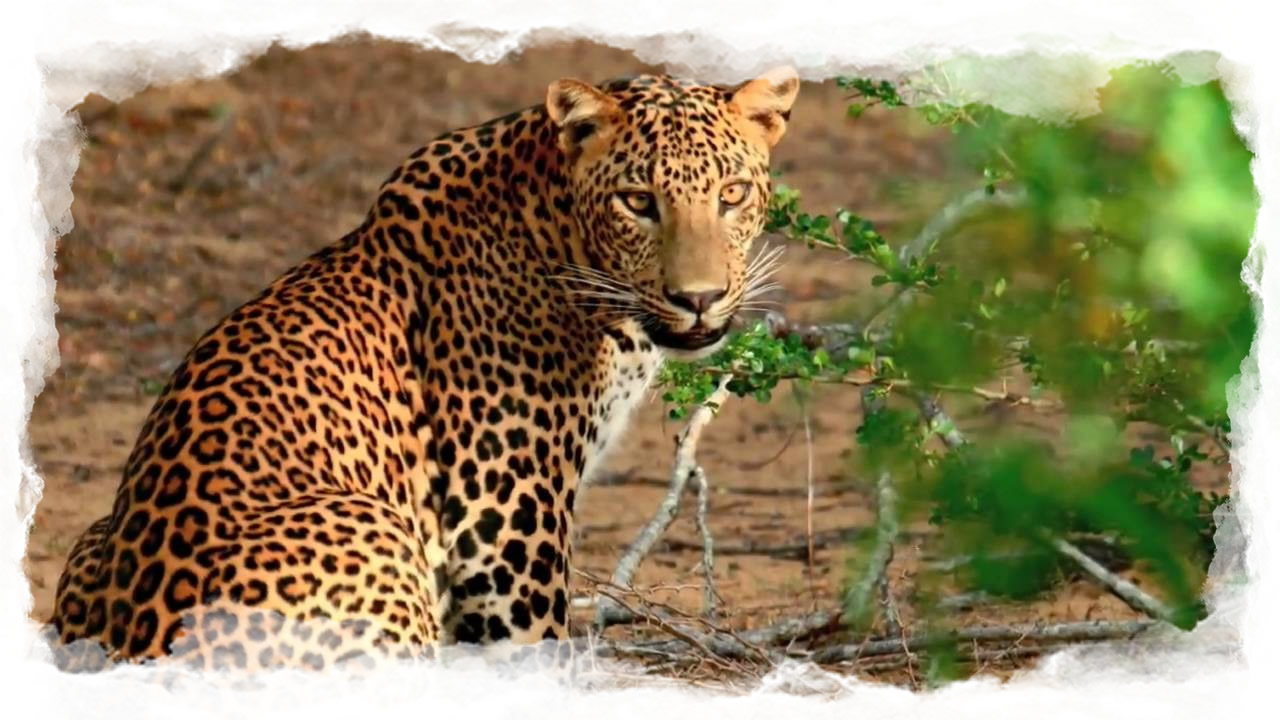 Step into the wild, take a safari to leopard country. Drive through Sri Lanka’s Yala National park, the second largest and the most visited National Park in Sri Lanka.

Touch base with some of your favorite animals; watch Leopards feed, laze and play in the open, and if you’re lucky you’ll see plenty of them as Yala is known to have the highest density of Leopards in the world. Listen to the elephants trumpet, monkeys chatter, sloth bear grunts and the melodious bird song from the verdant woods. Watch out! There’s plenty more to stop you on your tracks and let your heart pound faster.

From the break of dawn to setting of dusk, Yala National Park is bustling with excitement, inviting wildlife enthusiasts and nature lovers to witness some of nature’s wonders, indulge in some great photography and be one with nature as never before. 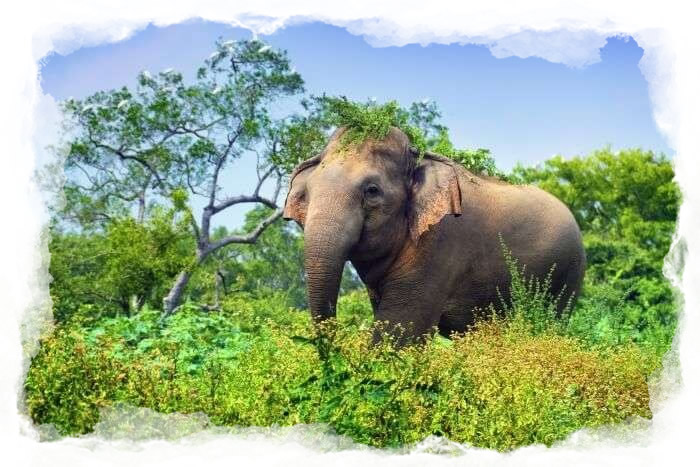 A treasure trove of wildlife wonders await nature lovers visiting the Udawalawe National Park. Drive through Sri Lanka’s third most visited national park; listen to the music of the wild, take pleasure in the naturally fresh ambience and enjoy some of the finest animal sighting ever!

If you always wanted to see Elephants in their natural habitat then Udawalawe is where you should be heading for. Witness the power of Elephants as large herds of them sometimes as large as 250 in a herd with their babies, graze boldly by the tank; an awe inspiring experience, an unforgettable moment!

There are more treasures waiting to be explored; watch Sri Lankan leopard lazing in the open, a variety of deer, large herds of water buffalo, wild boar, mischievous monkeys, many species of birds, reptiles, amphibians, fish and if you are lucky a glimpse of the elusive sloth bear.

Don’t forget to visit the Udawalawe transit home where orphaned elephant calves are rehabilitated; spend some quality time with these adorable babies, it’s worth every minute of your time. 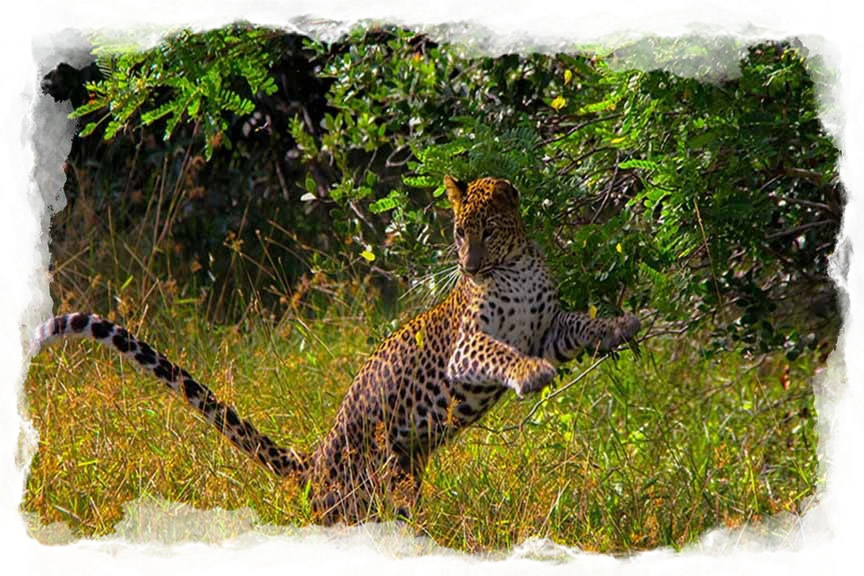 Wilpattu National Park is located 180 km north of Colombo, bordering the north western coast of the country and is the largest wildlife sanctuary in Sri Lanka. It is also the oldest with a rich historical past behind it.

The uniqueness of Wilpattu is its many “Willus” (natural lakes) which amounting to over 50 forms an intricate network of waterways that are found extensively spread around the park. The source of water is the inter-monsoonal rains in March and the northeast monsoons (December to February).

The varying habitats have attracted many species of wildlife, both resident and migrant. 31 species of mammals have been identified; some of them being Leopard (a favorite amongst visitors), Sloth Bear, Elephant, Spotted and Barking Deer, Sambur, Wild Boar and even Crocks. It is also home to an abundance of endemic birdlife such as the Jungle Fowl, Painted Stork, Owl, Terns, Gulls, Eagles, Heron and the winter migrants who home for short periods within the nature reserve. Butterflies such as the Blue and Common Mormons, Common Rose and Crimson Rose amongst many other species can be seen vividly fluttering around. On top of the list of reptiles is the Mugger Crocodile followed by Monitor Lizards, Python, Cobra, Rat Snake along with Star Tortoise, Pond turtle and Soft shelled Turtle amongst many others. 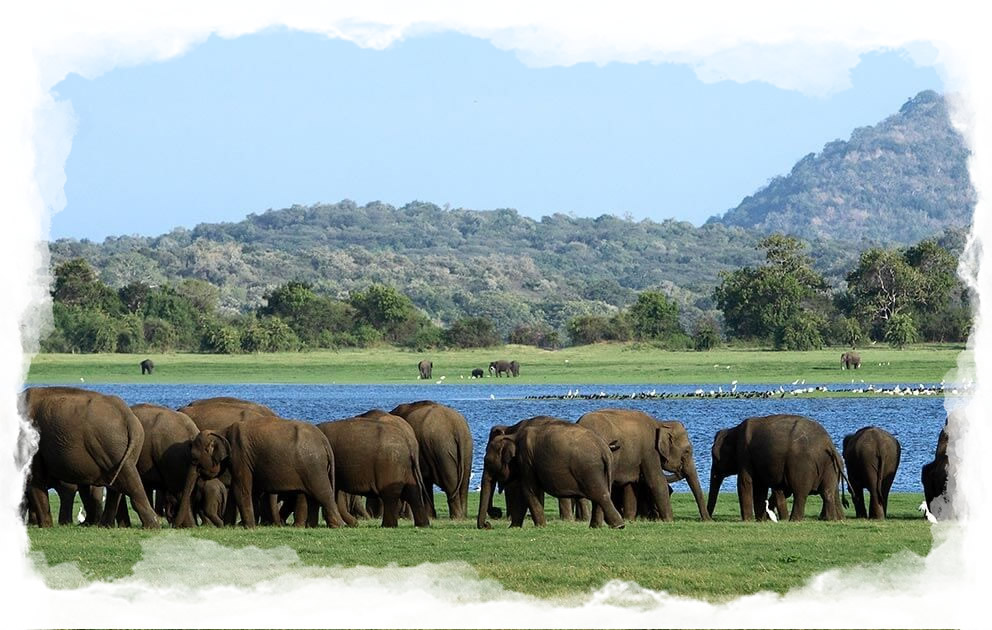 The call of the wild beckons nature lovers to a rendezvous with nature! Welcome to Elephant territory; get ready to witness hundreds of Elephants as they come to feed at the famous Minneriya Tank, historically important because it was built by the great King Mahasen in the 3rd century AD.

Elephant lovers are especially in for a treat during the “Elephant Gathering” which occurs during the dry season when large herds of over 150-200 elephants and sometimes as high as 700 gather at the Minneriya tank. Be one of the privileged few to join in this rare annual event known to be the largest Wild Elephant gathering in the whole of South Asia. 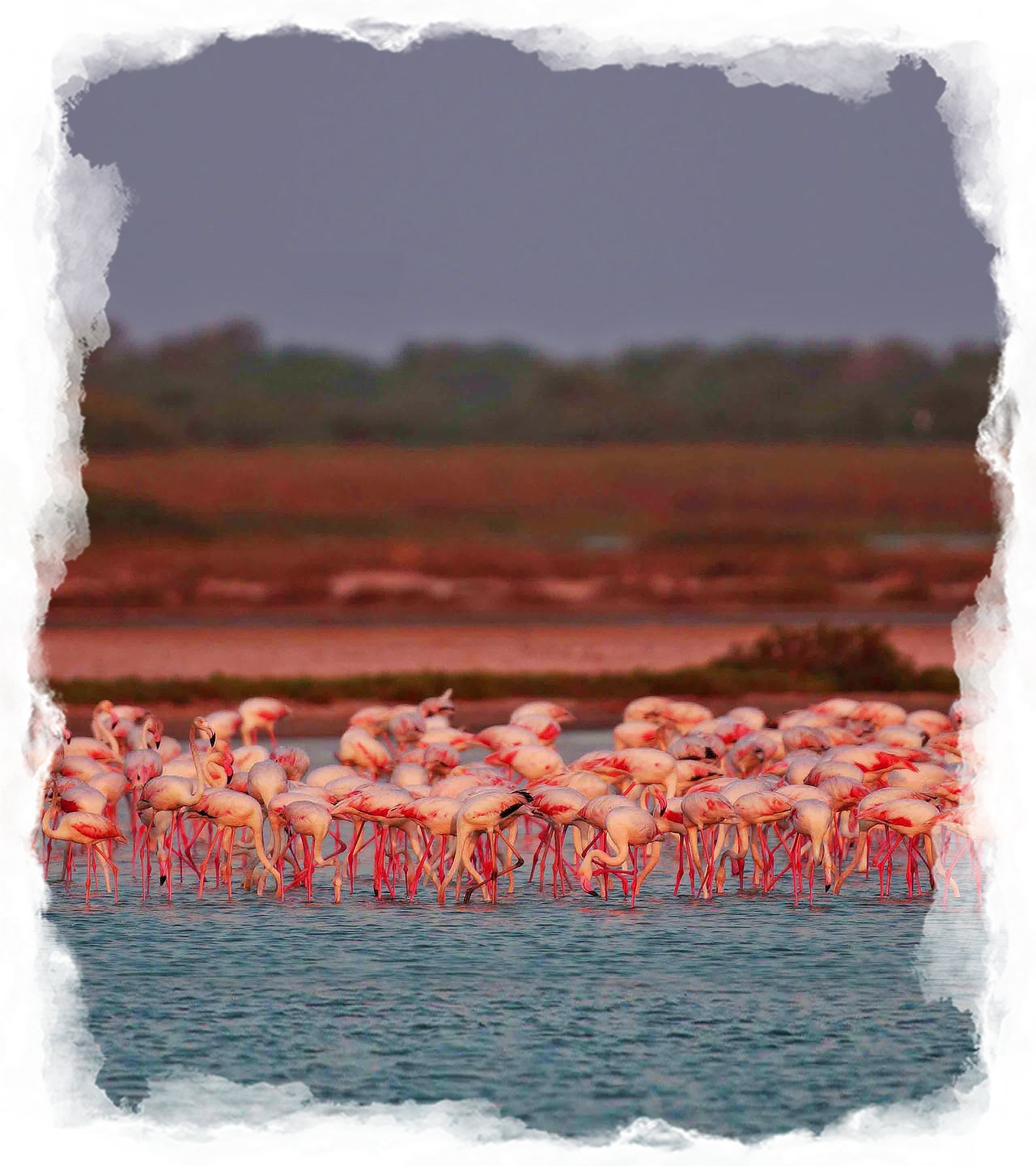 The Bundala National Park situated in the southernmost tip of the bird migratory route is a favorite birding ground where flocks of flamingos, herons and storks are a regular sight. Bundala became the first wetland to be declared as a Ramsar site in Sri Lanka. You can watch birds in their natural habitat. In Bundala one can easily spot large verities of endemic and migratory birds. 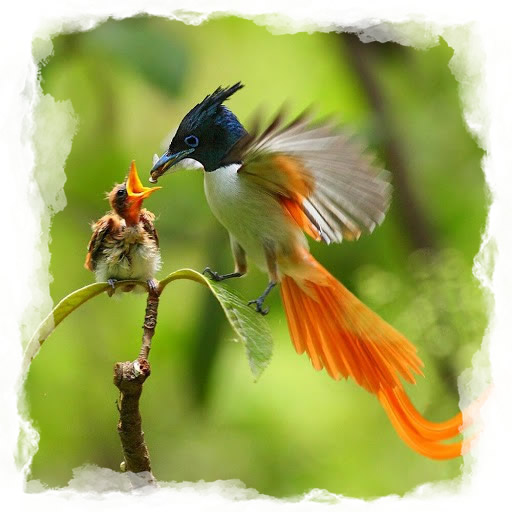 Kumana National Park, a favourite outing spot for the country’s residents is located at the south eastern corner of Sri Lanka. One of their most prominent features would be the bird sanctuary and their wide swamp lake, which gives it all the vibe of a safari park. It is home to some famous mammals the likes of elephants, leopards and Deers etc. It’s said that some rare birds were spotted in the lake and tourists rushed to witness their existence at once.

Highlights of Kumana is the large estuary fed by “Kumbukkan Oya” and most of the bird that nest at Kumana use this mangrove swamp during May – June to raise their young.